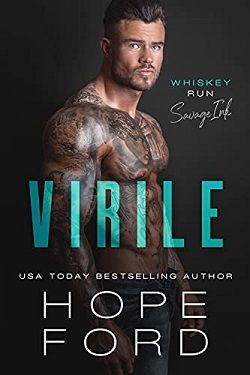 He'd be a fool to let her leave without putting his mark on her.

Aiden Savage was happy with his life and his booming tattoo business. He thought he had it all until the night Gracie Franklin arrived at the shop asking for a tattoo.  Then he realized exactly what he’d been missing.  She was everything he could ever want in a woman, and he couldn’t just let her go.  He broke the cardinal rule that night—he touched a client—but he couldn’t keep his hands off her.

After one night, he started thinking about their future, but he never dreamed that she would leave him and Whiskey Run.  He spent nine months searching for her and when she showed back up, she had the surprise of a lifetime for him.  Now he’s going to do whatever it takes to protect his woman, his baby, and their future.