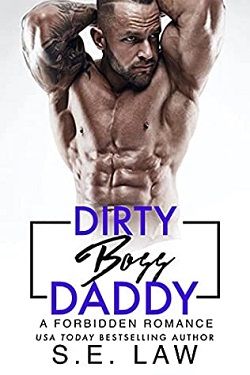 He’s a much-older man. A billionaire. A CEO. And also my boyfriend’s boss.

My boyfriend lost his mind one day and decided to show my scandalous selfies to his boss. Why in the world would he do that? I hate bro-culture, I swear.

But Malcolm Neuwirth is no regular billionaire. In fact, the CEO likes what he sees and decides to claim me for himself.

Now, my ex is jealous. Yes, I left the little boy for a much-older man who’s filthy rich and gorgeous too. Plus, there are certain *benefits* to dating a generous billionaire, like the jewels Malcolm showers me with, and the fact that I’m claimed every night, over and over again.

But my ex wants revenge, and he’s going to do whatever it takes to destroy the happiness I’ve found in his boss’s arms. What can I do to stop it?

Nothing, unless I sell my soul.