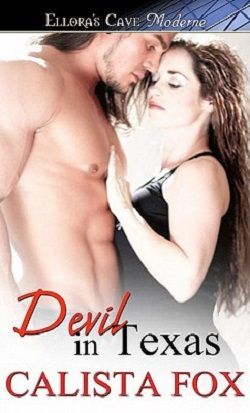 Devil in Texas (Rugged and Risque 1)

Devil in Texas (Rugged and Risque 1)

New Yorker Liza is in desperate need of a fresh start - and libido CPR wouldn't hurt either! Taking Fate into her own hands, she relocates to Wilder, Texas, on a whim. Her first night in town, she meets a devil in blue jeans named Jack. A sinner who willingly hands over a ticket for the most erotic ride of her life! Jack doesn't date Wilder women and he certainly doesn't need another complication in his life. He's running for City Council and trying to keep the morality crusaders in town from shutting down the last-standing public watering hole in Wilder. But when the sexy New Yorker sways her shapely hips through his door, Jack's convictions instantly go up in flames, along with his body! Jack antes up and goes after everything he wants, including Liza. But is he the only one playing for keeps?