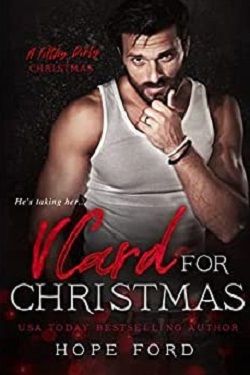 Yea, it probably wasn’t the smartest move.
He’s my hot, older next-door neighbor and he looks like he would be trouble.
But after one taste of my cupcake, he’s on a mission.
He watches me like an obsessed voyeur, and I probably should tell him no, but when he gets in a bind, I agree to be his fake wife.

It was supposed to be a fun Christmas Eve celebration.

I wasn’t supposed to fall for him.

And I definitely wasn’t supposed to end up in his bed after one date.

Lincoln is smart, handsome, protective and exactly what I wanted... but I wasn’t ready for the next morning when I hear another woman on the phone claiming to be his wife.

Was this all a game?
If so, it’s one I really didn’t want to lose.