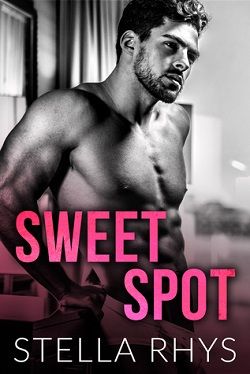 Our first meeting as neighbors was screwed from the start.
He was hot. I was naked. And we had no chance in hell at ever being platonic.

I’ll be the first to admit that I live at extremes. After going ten years locked in what felt like a dysfunctional marriage, I’m now decidedly boy-free. In nearly three years I’ve had no boyfriends, no flings, no dates and no sex. For the sake of my dream career, the sacrifice has been easy.

At least it was.

Until he came along.

Lukas Hendricks. He’s rude, gorgeous, arrogant – a stone-carved wall of muscle and distraction. He’s everything I know to avoid but there’s no avoiding your next-door neighbor. Oh yeah. The man now lives three steps from me and to make matters worse, he crashed into my life while I was relaxed in the tub – mortifying to say the least and it went something like this: I was exposed. He looked. He laughed.

And then I locked myself out.

In short, Lukas Hendricks was trouble from the start. And me?

I was – for the first time in years – about to be screwed.