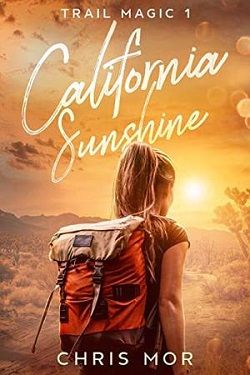 The Pacific Crest Trail is a big endeavor. But after the way my year started, it might be just what I need. So I’ll take five months alone on a trail. Five months to clear my head and figure out my life. It’ll be good for me.

At least, that’s what I keep telling myself.

That is, until I meet Nova on the morning I start my trip. He’s sunshine and smiles and everything I shouldn’t want to get involved with right now. But he’s asked me to join him and his friends as they also hike the trail. And I can’t seem to say no to that idea.

Bats is the strong, tall, silent type. Yet there’s a depth behind that stoic façade I wouldn’t mind getting to know better. Because every time he looks at me, he makes me feel like I’m the key to their entire trip.

Grinder is the kind of guy I’d like to spend the next five months avoiding. He’s all growls and threats, and clearly doesn’t want me with them. And he’s been quick to tell me just that at every chance. So why do I feel pulled towards him?

It's only five months with three hot guys on the trip of a lifetime.

What could go wrong?