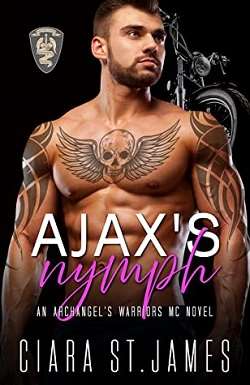 Ajax:
He is almost brought to his knees that day in the bakery. He comes to guard his club brother’s woman and finds the one he wants to be his. However, Jessica is oblivious to his interest. Everything he tries goes unnoticed. Why can’t he get her to see him? He wants more than a night or two. He wants forever.
Jessica:
For Jessica, almost a lifetime of being told she isn’t enough and having it proven over and over again, make her not believe in men. There’s no way men would look at her and desire her. Ajax is the man who makes her heart race, but it’s no use trying to get his attention. She won’t waste her time. He’ll stay a figure in her fantasies.
Misunderstandings abound, lives are changed. Those gone return and danger is once again coming after their own. Will Ajax and Jessica realize in time that they’re stronger together than apart. Will Jessica realize Ajax only wants her? Will Ajax realize he can’t hold back in showing Jessica why she can believe him. All the club knows is that Ajax’s Nymph is bringing excitement and brightening everyone’s days, not just his.