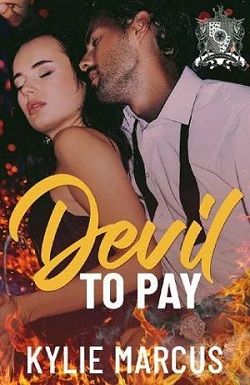 Listen, on Father’s Day, I have never given my dad a ‘father of the year’ present—and I likely never will. So, it doesn’t surprise me when he gets himself indebted to the De Luca crime family at an underground casino.

What surprises me is that he sells my sister to pay off his debts. She’ll marry one of the De Lucas, and they’ll forgive the thousands he owes them.

Except, there’s no way in hell I’m going to let that fly.

So, I chase them down to their manor outside the city only to learn that the man that she’ll marry is the same one who stalked me through the city tonight. Turns out, he doesn’t want her—he wants me.