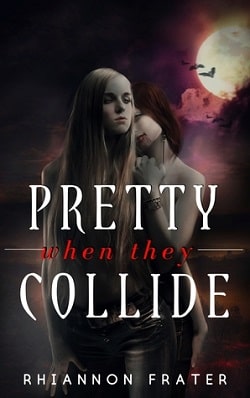 Series: Pretty When She Dies

Cassandra is a dhamphir-the offspring of a vampire and mortal woman-and a thief of occult relics.

Aimee is a full-blood witch that is bound to a powerful vampire who traffics in the slavery of supernatural beings.

Both are powerful, lonely, and trapped in the dangerous world of the vampires.

When Cassandra steals a relic from Aimee’s vampire master, he targets her as his next acquisition. What he doesn’t realize is that a chance encounter between Cassandra and Aimee ignited a spark between them that they cannot deny.

To survive, the women must find a way to band together and fight against the ruthless evil that conspires to enslave them forever.