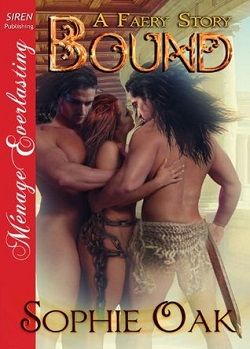 Megan Starke has never been special to anyone. With an unrewarding job and a failed marriage, no one would confuse her life with a fairy tale. So when she is kidnapped and taken to a magical world to be the grand prize in a fierce and bloody tournament, she isn't sure if she is in a dream or a nightmare.

Beckett Finn was supposed to be Prince Charming. He and his brother, Cian, were to inherit the throne of the Seelie Fae and rule over a fantasy kingdom. But the thrust of a traitor's blade stole that future. Now the brothers are fading, cursed by their royal blood unless they find a mate who can restore them.

When Beck sees Meg, her body calls to him and he knows she is the key to their salvation. Bound by passion and fate, it's time for Meg to find her happily ever after.