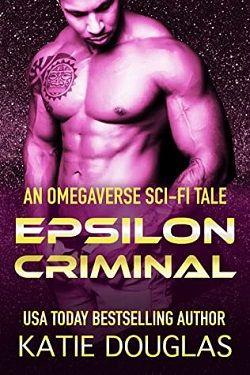 He’s a bad guy.
I’m worse.
What will he do when I betray him?

Tough Glaswegian Natasha has been fighting all her life. She lies, cheats and steals as easily as she breathes. Now she’s embroiled in interstellar espionage, gang warfare and a culture battle between alphas and betas.

She deserved an alpha who could claim her properly. Keep his promises to protect her. Shelter her from everything that had already hurt her so bad.
I wasn’t that guy. Couldn’t be him. I was broken and lost.

Alpha criminal Ryon knows better than to fall for the beta he’s working undercover with. But she just smells right.
Then he finds out something that changes everything. She’s one of the lost omegas. And she’s in more danger than she could ever imagine.