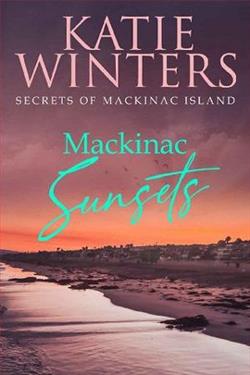 Elise’s time on Mackinac Island has only just begun.

What started as a brief trek to the gorgeous Michigan island has forced Elise into a wild arena of family secrets, broken promises, and now—to her surprise—disaster.

Wayne, the handsome stranger who works at the coffee shop soon proves to be her only friend as she digs in her heels, determined to meet her father and make peace with the family she never knew she had.

The coffee shop owner, Wayne, has a number of secrets of his own. Every day, he struggles from the trauma of a horrible tragedy, one that connects him to the Swartz family in more ways than one.

Out of the blue, a younger member of the Swartz family arrives back to Mackinac Island after three years away. He brings a reminder of the pain he caused in his absence, along with a promise of change and hope.

Can Elise mend ties with her long-lost family?

Will Wayne ever find peace after such sorrow?

And can the Swartz family unite and become stronger than ever before?