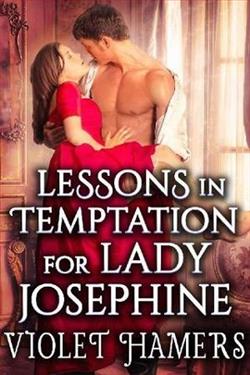 Lessons in Temptation for Lady Josephine

Lessons in Temptation for Lady Josephine

A forced marriage… A desire that can’t be denied…

Desperately thirsty for adventure, Lady Josephine Wallace finds herself in big trouble. Unaware that she is being targeted by her father’s enemies, she refuses to consent to attend the Season with a bodyguard. Least of all, this particular one.

When Ace Smith, popular pugilist of the Rookeries, is hired to guard the Duke’s daughter, he never expected his passion for her to grow so unbearably. Or that she would be one he has held in his arms before.

With their unquenched desire burning hot, playing with fire has never felt more right. When they go missing leaving a suspiciously cold trail behind, the ton is not ready for the scandal that hits the halls of London. For one is an accident, two is suspicious. But three is murder.