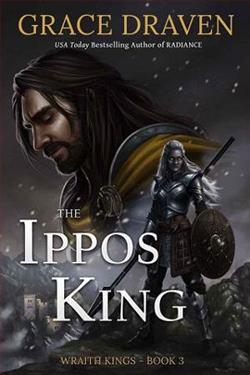 The demonic horde that threatened to devour the world has been defeated, but at great cost.

Plagued by guilt and nightmares, Serovek Pangion sets out to deliver the soulless body of the monk Megiddo to the heretical Jeden Order for safekeeping. Accompanying him is sha-Anhuset, the Kai woman he admires and desires most--a woman barely tolerant of him.

Devoted to her regent, Anhuset reluctantly agrees to act as a Kai ambassador on the trip, even though the bold margrave known as the Beladine Stallion gets under her skin like no other, and Anhuset fears he'll worm his way into her armored heart as well.

But guilt and unwelcome attraction are the least of their problems. The demons thought vanquished are stirring again, and a warlord with blood-soaked ambition turns a journey of compassion into a fight for survival. When the Beladine king brands Serovek a traitor, Anhuset must choose between sacrificing the life of a man she's grown to love and abandoning lifelong fealty to the Kai people.

A tale of loyalty and acceptance.