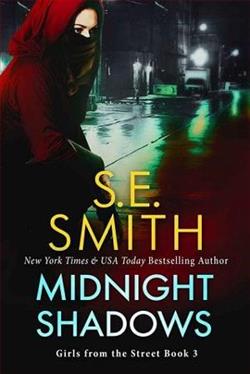 Sheikh Junayd Saif-Ad-Din wears the royal, sophisticated persona of wealth and power. He became a doctor to help his people, but his bloodline comes from the desert and a long line of warriors. His sophisticated veneer dissolves when he witnesses an assault while at a society function—and meets a mysterious woman who emerges from the darkness.

Despite living in a time when staying under the radar is a monumental task, Midnight Rain moves through society as an apparition. Her life was forged by the fires of the streets and she makes her living protecting others. She lives by just two rules: she only works at night and she tries to stay alive.

Junayd is determined to find the enigmatic woman who appeared from out of the night. Positive that she is his Chosen, the woman he is destined to love, Junayd will use every resource available to find her.

From the dark streets of New York City to the beautiful desert kingdom of Jawahir, danger stalks Midnight and Junayd. Can two modern-day warriors, one who lives in the shadows and one who thrives in the bright light of the desert, defeat a deranged man intent on killing them?