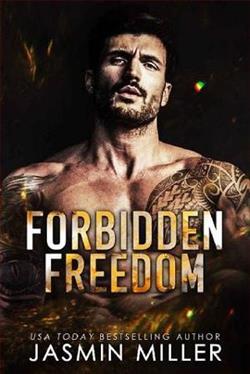 Gemma Fiore can’t decide what’s worse: sharing a forbidden kiss with a stranger on her wedding day, or her husband being murdered before the marriage has even been consummated.

Matteo Santarossa never planned to steal a kiss from a married woman . . . it just happened. He hadn’t planned to kidnap her either, but when gunshots are fired, decisions get made fast. And Gemma Fiore? She’s the kind of woman he’s ready to make risky decisions for.

The heat between Gemma and Matteo is nothing either of them can seem to control. It doesn’t help matters that they’re hiding away at his cabin, which only has one bed, while he nurses her back to health.

However, when Gemma learns her kidnapper, the same man starring in her darkest forbidden fantasies, is planning to marry her cousin, she knows it can’t last.

The question is, does she go back to her father, knowing he’ll promise her to yet another business associate? Or can she stay with Matteo against her family’s wishes and break the sacred promise she made to her dead mother?