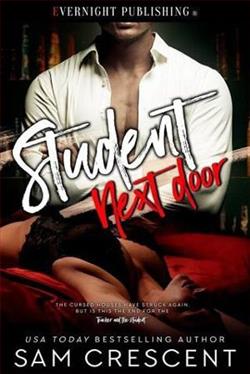 Teal Larson’s next-door neighbor is heavily inked, sexy, hot, and … her teacher. It’s so wrong to want him, but with her parents at war with each other and her suddenly failing her classes, she shouldn’t be watching her neighbor.

Jaxson Rebel prides himself on being professional. He’s never been tempted in the classroom, not until his curvy new student. She doesn’t even try, and he’s freaking smitten.

Her mother asks him to tutor her, and he agrees despite his feelings for her. When Teal is home alone while her parents work on their marriage, Jaxson has no choice but to take care of Teal. One thing leads to another, and even as he tries to stop it, there’s no denying this attraction.

They will keep it secret. But when Jaxson finds out about the cursed houses they live in, he doesn’t believe the rumor. Even still, he doesn’t want to live without her.

The cursed houses have struck again, but is this the end for the teacher and the student?