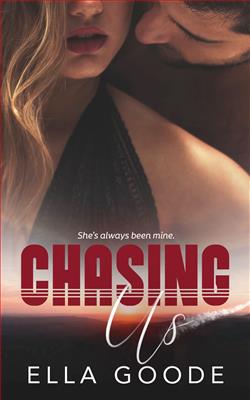 Men say women are the weaker sex but would a man have kept writing to his crush after years of silence from said crush? No! He would’ve given that up and moved on! Instead, I powered forward, writing letter after letter to Benson Charles as he served our country. Sure, he might’ve been mad that when we were ten, I named him Biscuit, but honestly, is that something to hold a grudge over for a decade? He’s back in town and say he’s here for good and I'm going to be his. He says it’s to protect me from a serial killer who is hurting Harrisville citizens and truthfully, I think I have a better chance at finding the serial killer than I do of keeping my heart intact.

Trying to get a woman to forget the past is harder than pushing an elephant through a needle’s eye. Pretty sure that’s like the eleventh commandment. Here’s the deal though, Melody did write me a boat load of letters and yes, I read them like a lifeline to get me through each day. I should’ve answered them but I’m a piss poor writer surrounded by other stupid men. I kept my mouth shut with the theory that action speak louder than words only I spent so many years up in the sky for the Navy while she was at college that I didn’t have time to show Melody I loved her. Things are different now but in between trying to convince Melody that my intentions are serious, I have to catch a serial killer.