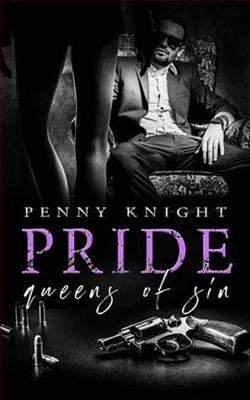 Oh, you wanted a sweet romance? Sorry, this is mafia life.

Lilly Moretti is living a lie. After escaping an arranged marriage to a monster, the daughter of a mob boss is living free under a secret identity and flourishing in her new life.
That's until she's kidnapped by a mysterious stranger determined to take her back, ignoring her desperate pleas. The stubborn drop dead gorgeous tough guy drags her back to the devil she tried to escape, and all Lilly can do is prepare to face her ruin.

Ren Vitali has a lot to prove. As the new head of the Vitali Crime family, he knows all eyes are on him. His plan is fool proof: kidnap the girl and collect the money her father owes, then never look back.
But when he comes face to face with the beautiful, smart mouthed woman intent on driving him crazy, feelings of another kind arise. When he discovers he's returning her back to a sadistic madman, doubt creeps in. And when that scum sets his cruel eyes on her, the decision is made. The only way to protect her, is to marry her.

With her past coming for her, Lilly’s only hope of surviving is to run. But Ren refuses to let her go, and he doesn't fight fair. Not just because he looks like every girl’s fantasy, but because he takes shots at her heart. Showing Lilly for the first time, a ruthless mafia boss with a heart does exist.