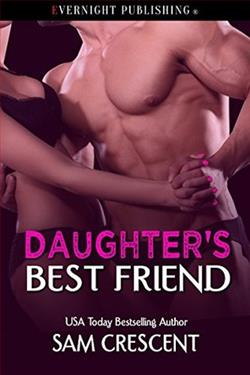 Rebecca has had a crush on her best friend’s father, Jackson Reed, for as long as she can remember. She has always hoped that one day, he’d be her everything—but that could never happen. Besides Rebecca’s friendship with his daughter, he’s so far out of her league.

That all changes when Rebecca is with Jackson helping Bella through her heartache. Together, growing closer, something might just happen. But be careful what you wish for…

He’s old enough to be her father, but she doesn’t care. He’s the only one Rebecca wants. When they’re together, they cannot keep their hands off each other, and their secret affair begins.

But Jackson is screwing his daughter’s best friend. Can there ever be hope of a happy ending?