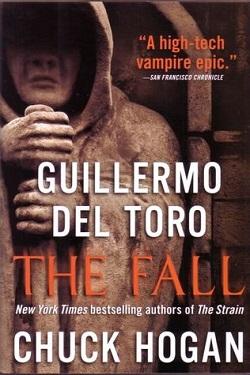 The Fall (The Strain Trilogy 2)

The Fall (The Strain Trilogy 2)

The vampiric virus unleashed in The Strain has taken over New York City. It is spreading across the country and soon, the world. Amid the chaos, Eph Goodweather—head of the Center for Disease Control’s team—leads a small band out to stop these bloodthirsty monsters. But it may be too late.

Ignited by the Master’s horrific plan, a war erupts between Old and New World vampires, each vying for total control. Caught between these warring forces, humans—powerless and vulnerable—are no longer the consumers, but the consumed.

Though Eph understands the vampiric plague better than anyone, even he cannot protect those he loves from the invading evil. His ex-wife, Kelly, has been turned by the Master, and now she stalks the city, in the darkness, looking for her chance to reclaim Zack, Eph’s young son.

With the future of the world in the balance, Eph and his courageous team, guided by the brilliant former professor and Holocaust survivor Abraham Setrakian and exterminator Vasiliy Fet, must combat a terror whose ultimate plan is more terrible than anyone first imagined—a fate worse than annihilation.