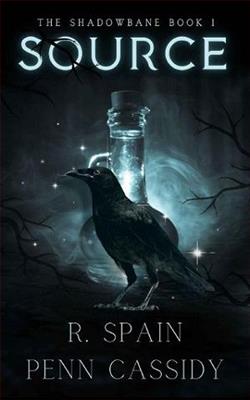 To the world, I’m a grieving widow, a woman who married the wrong man and paid the highest price for it. As the wife of the king’s former poison master, it’s my job to assume his role and train the man who will take his place, and who will become my next husband.

I do what I’m told the way women are supposed to, but the king doesn't know everything about me, not by far. As the head of The Ravens, a guild of spymasters that trades information for coin and favors, it's my job to remove threats to my king and country, even from the shadows no matter the cost.

To do that, and to prove myself worthy of being the first unmarried master, I need two things. The first is to take down the rebel group that’s been leaving my Ravens for dead as a message to the king, and the second, is to find out which of the four mysterious, alluring men in my life have an agenda of their own.

I need to know who I can trust; the shifter who wants to be my new husband? The captain of the guard who once loved me? The streetrat with a haunting smile and dangerous secrets? Or the brother of the enemy king who asks too many questions for his own good.