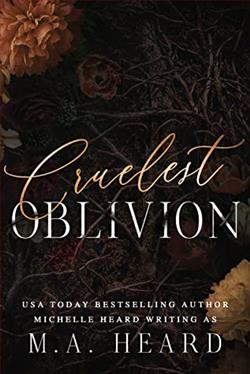 Over the past five decades, the dome over our Ecocity has protected us from the deviants living in the forbidden territory. Since the great war ended, our lives have consisted of virtue and order.

Once a year, seven people are sent out to the forbidden lands to see if there are any deviants worth saving. None have returned, only increasing people's fear of what lies beyond the safe border of the dome.

When I’m chosen as a crusader, the world, as I know it, is ripped from under my feet. In the forbidden territory, I learn things I never dreamed existed – a world I’ve been totally oblivious to. I meet people who freely show emotion and affection. People who dare make their own choices.

It’s frightening and the opposite of everything I’ve ever known.

Suddenly, I have to fight for my life. I’m thrown into chaos where time is running out to become a skilled fighter who will be an asset for the coming war. But my mind’s bombarded with questions – who’s right and who’s wrong? Which side should I fight on?

I don’t belong in this world filled with cruelty and depravity.

Then there’s Chance, my reluctant trainer. The man is the definition of deadly and so attractive I struggle to think straight around him. I’m also pretty sure he would love nothing more than to snap my neck. Cruel, impatient, and harsh, he’s a brute who seems annoyed by my existence.

Honestly, I’m not sure I will survive living with the deviants, never mind fighting in a war. Unless I find my courage and learn to fight for myself, I fear this new world will crush me.