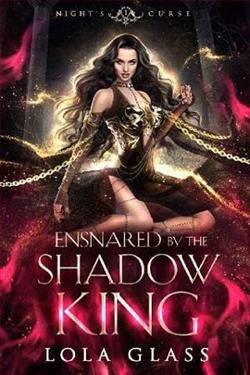 Ensnared By the Shadow King

Ensnared By the Shadow King

He thinks I'm his salvation, but I'll be his demise.

Being cursed by the King of Shadows earned me two decades of captivity. Now that I'm free, there's only one option:

Find the king and kill him, for the sake of not only revenge but salvation too.

Though I manage to get into his court, I learn that he's not as killable as I thought. Our souls seem… connected.

And I find myself questioning whether or not I really want to be free of him at all.

Despite the attraction that begins to bloom between us, he and the other fae kings are at war, and my curse remains wildly uncontrollable. When his enemies set their sights on me, one thing becomes clear:

One way or another, I’m going to cost the Shadow King his life.