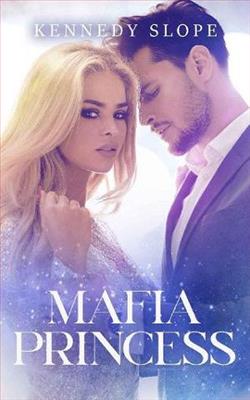 Once upon a time, Sasha Petrov was a mafia princess. Safe and protected in the high-tower of her father’s mansion. She knew her place, and she’d been happy for it. That was before her family decided to marry her off to their enemy.

Sasha Petrov knew it was her duty to marry, but she never expected her father to give her away to their enemy, the Blanchi family. She’d accepted that it was her fate to end the bloodshed that took her brother’s life, but at eighteen she’d rather be heading off to college than heading down the aisle.

Dominic “Dom” Blanchi saw an opportunity to save his brother’s life. He’d already lost so much, and he couldn’t imagine burying another beloved member of his family. He was certain that his marriage to Sasha Petrov would save his last remaining brother from the grave. Getting a pliant young wife in the deal wouldn’t be the worst thing, at least, that’s what he told himself. But when his family’s warehouses get hit and Blanchi men continue dying, Dominic wonders if his new wife is to blame.

Now, both must make a choice between love and family loyalty.

And Sasha will have to decide if she’d rather be a Mafia Princess or a queen.