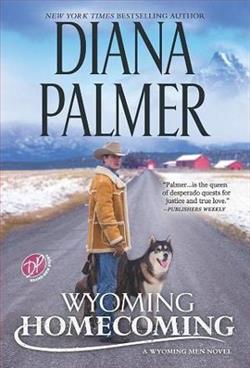 She's haunted his dreams for years, and now she’s back to wreak havoc on his heart

When Sheriff Cody Banks’s wife died, he blamed Abby Brennan for the illness he's sure killed Deborah and, in his grief, made sure she knew it. Looking back now, he knows that his behavior was likely the reason Abby left town years ago. So when he sees her—and the child she’s raising—at her great-uncle's funeral, Cody attempts to apologize, ashamed to see the fear he puts in her beautiful eyes and determined to show her he's no longer that same angry man.

The only reason Abby returned to Catelow, Wyoming, was to bury her last living relative. She has studiously avoided Cody Banks ever since he made it clear how much he resents her, focusing instead on raising her young niece and keeping her own family legacy alive. But when Abby inherits the property adjoining Cody’s, she can't help but face the handsome sheriff who still lingers in her memory. Circumstances keep pulling them together, but has time healed their wounds and given them a chance at a happily-ever-after?