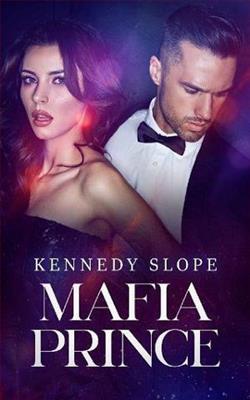 What comes first: love or duty?

Marcos Blanchi has always been the muscle. He's the enforcer of the Blanchi family. A role he revels in the brutality of.

Ivy Hope is just trying to get by. On a good day, her family barely has enough to eat, and now that her brother is ill, they don't even have that. That's how Ivy finds herself begging to dance at Red's, a high-end club in Manhattan. Ivy thinks dancing is her chance to finally get her family out of debt, but before she can take the stage, she finds herself in the wrong place at the worst time and becomes the only witness to a murder that could put Marco Blanchi in prison for good.

Now, Marco must figure out a way to keep Ivy from talking, and she must keep herself alive long enough to figure out what her silence is worth to this mafia prince.