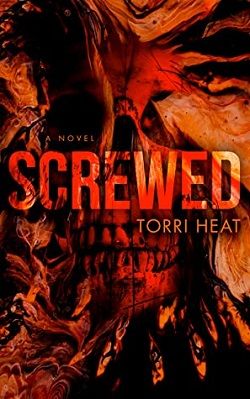 The Collapse. Otherwise known as the fall of civilization as we know it. You’d think it would’ve taken a lot longer for people to turn on each other. But humans will do anything and everything to sustain their quality of life. Work unsavoury jobs. Take up robbery. Assault. Forced breeding, with babies traded as a commodity.

Mila has managed to stay out of reach of the black-market breeders – the Kingsnakes – by living on her own in the woods. Until a routine trip to the city for supplies changes her life of solitude in ways she never expected – and never wanted.

Ray never wanted to be a Kingsnake. But caring for his two young sisters means taking extreme measures to keep them from falling victim to the same fate as his captives. Bit by bit he chips away at his soul, protecting his own, keeping food on the table, and still offering a shred of dignity to anyone he can.

When Mila shows up at the Kingsnakes’ headquarters, everything changes. The risks Ray takes for his family are scary enough but will saving Mila from a fate worse than death compromise his own life, his family, and any hope of a real future together?