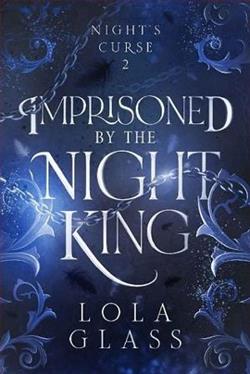 Imprisoned By the Night King

Imprisoned By the Night King

He thinks I'll bring him peace, but all I want is revenge.

Twenty years ago, everyone and everything I loved was destroyed by the kings of the Night Court. Since then, I’ve been locked in a prison, tortured and used because of those same kings.

Now that I’m free, there’s only thing on my mind:

I have to make them pay.

Most particularly, him. The king who keeps the moon in the sky, the devil who infused me with the magic I despise almost as much as I hate him.

But before I have a chance to stab my knife into his heart, my soul screams the one word that prevents me from ending him:

Fate and its atrocious sense of humor have made the Night King the one person on the planet whose life I can’t end—and the man himself thinks it’s a sign that I can bring him the peace he’s been searching for over the last two decades.

For now, I have no choice but to play along with his game, but eventually I’ll find a way around our connection.

Even if the moon has to fall from the sky, I will get my revenge.