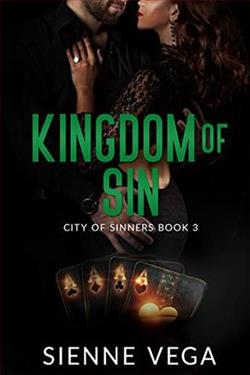 Kingdom of Sin (City of Sinners 3)

Kingdom of Sin (City of Sinners 3)

When we said, “I do”, it was supposed to mean Forever. It’s funny what a few years can change.

Giovanni Sorrentino, the man I fell deeply in love with, has become a stranger to me. With an empire that grows by the day, he’s a modern-day King—a Tyrant addicted to power, ruling by fear and domination.

He’s even worse behind closed doors. Cold, callous, and cruel, he’s unbearable. For my own sanity, I can’t do it anymore. I have to get away.

But my dominant Mafia King husband refuses to let me go so easily. We made a vow ’til death; one he fully intends on seeing through to the bitter end. It’s a dangerous game I’m playing, attempting to escape his wrath. This time, if he catches me, there will be no mercy to be had.

Blue Lagoon in Iceland: A Guide to the Perfect Geothermal Spa Vacation

The Best Venice Tours and It's Guidelines

There are 3.5 billion Google searches every day!

Does Using Cell-phone while Driving Increases the Chance of Car Accident?